Nowadays, many new small-and-medium-sized internet companies choose to use a bare metal switch with a third party network operating system (NOS) for network construction. The NOS they choose is consistent with the Open Network Install Environment (ONIE), a network OS installer which supports loading a network OS of choice, and then changing to a different network OS later. Among all the network operating systems, Cumulus Linux is a very popular choice. Then, what is Cumulus Linux? What are the advantages of this NOS? Is it reliable to use? Let’s find out the answers together in the following text.

What Is Cumulus Linux?

Cumulus Linux is a powerful open network operating system designed for data center network infrastructures. It accelerates networking functions on a network switch, acting as a platform for modern data center networking tools to get networks managed like servers. This Debian-based network operating system (NOS) can be run on hardware produced by a broad partner ecosystem. That is to say, you can accelerate networking constructs on a broad range of industry-standard switches from different vendors with various port densities, form factors and capabilities.

In addition to the functions such as BGP and OSFP that a normal NOS enables, the Cumulus Linux has three main features that many other operating systems don’t support, namely Automation, EVPN and MLAG.

Last but not least, in addition to the three main features, NCLU is another feature developed by Cumulus Networks to help those who have no idea how to use the Cumulus Linux OS. This is a function similar to the traditional CLI (Command Line Interface). It acts as a prompt command during configuration. Therefore, you don’t have to worry about the unfamiliarity to such a NOS you haven’t used before!

Will the fault processing time be longer using the combination of a bare metal switch and an open network operating system Cumulus Linux? Actually, compared with the traditional network switch, the processing speed form this combination is basically the same as that of an Arista switch. It has very low latency as well.

In addition, the third-party systems such as Cumulus Linux based on Linux development have been very mature in today’s networking market just like the current operating systems (Windows, Linux, Redhat, Ubuntu, etc.) does. For example, FS N-serious switches are highly compatible with Cumulus Linux, and they both support EVPN and MLAG deployment. 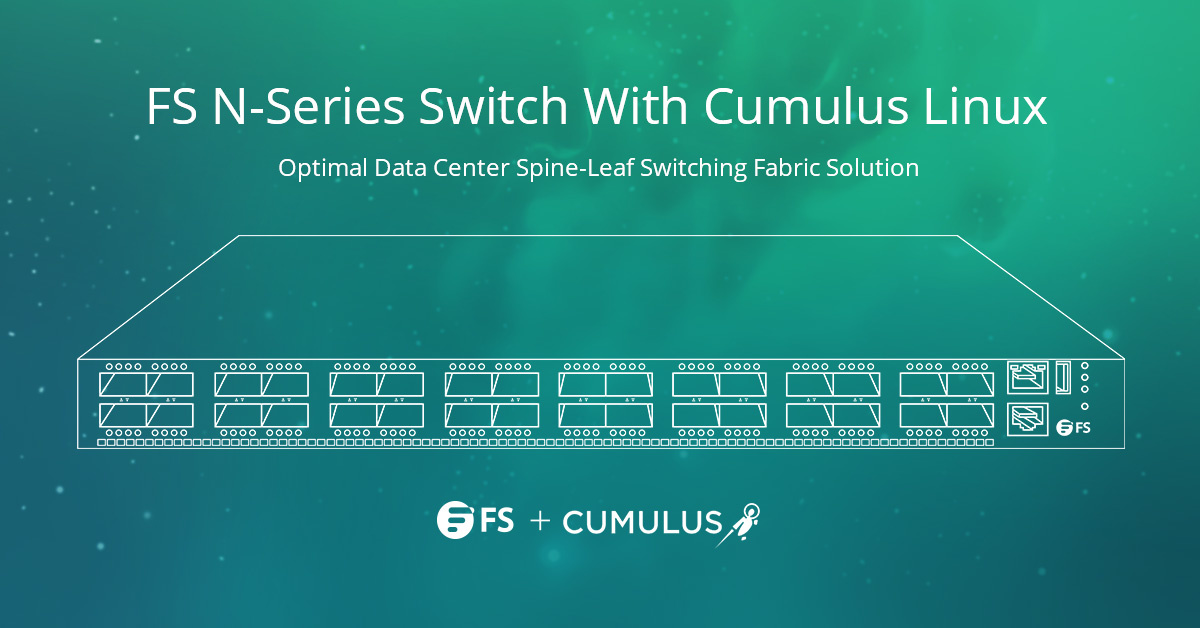 Is Cumulus Linux Secure for My Data?

Of course it is secure. This NOS only process at the Control Plane. Your data is processed on hardware with chip and CPU. This is commonly known as isolation of the data layer and control layer.

From all the above, you may have a general understanding of the open network operating system Cumulus Linux. It is ideal to match with a bare metal switch in data center deployment. With this open NOS, you can accelerate networking constructs on switches from different vendors with various configurations easily and get easy deployment for future network construction.

What Is Open Source Networking and How to Ach...