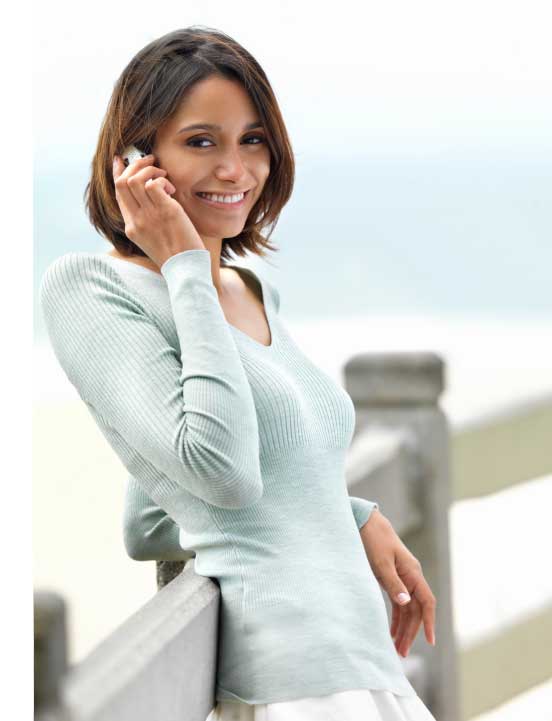 Apple has again gained the attention from its users and followers by introducing a plethora of apps employing which one can make free calls. These apps are such that a user just needs to have a Wi-Fi internet connection. Thus, by downloading such sterling apps and by getting connected to the Wi-Fi connection, one can easily get in touch with their friends, relatives and dear ones for long hours without making any payments.

This app is very fair and allows the smartphone users to call for free of cost to all the contacts especially those who are using the similar app. The app need not any kind of registration or nickname, instead it only needs a mobile number in order to identify an individual. KakaoTalk is not only compatible with iPhone, but also with Blackberry, Android and Windows. The positive side of this app is that it also works seamlessly on 3G network.

This is an app which works amazingly on Android devices and allows the user to implement Wi-Fi calling directly on the phone. It also uses to call any landline as well as phone. Using Pinger, the user is assigned with a special phone number which can be used for calling as well as texting any phone number of Canada or US without any obligation of a calling plan. There is also a flexibility of this app that the other individual to be contacted need not to have Pinger or smartphone. In case, if they do have, then they can call as well as text back from any part of the world using the Wi-Fi connection.

This is also an app which will need a Wi-Fi connection in order to make VoIP calls with the Android phone or any honeycomb tablet. This app can also be named as the prepaid mobile wireless telephone service that do not bestows any plan or contact, no maintenance fees or connection, instead it credits that lasts for at least one year from the date of purchasing. Whenever, the user will use WiCall, the app will bypasses the regular carrier and will make the VOIP call by using Wi-Fi internet connection. No matter, wherever you are, at office, home, coffee shop or hotel, this app will not charge any king of roaming fees.

This is an app developed by a leading iPhone App Development Company which works flawlessly on various devices including iPad, iPod Touch and it will also allow Wi-Fi calling, even when there are no signals. Regular calls can be swiftly transformed to the Wi-Fi calls, therefore, roaming charge do not starts with adding up and one can also receive incoming calls even if the app is not in use or running.

Rebtel works outstandingly on all the smartphones as well as other devices such as Android based tablets and phones, iPad, iPhone, desktop, Windows phones as well as landlines. People can easily get started by making the free WiFi calls by employing Rebtel within less than 30 seconds. The app is really amazing to switch back and forth at Wi-Fi and 3G connections. The speed of the app will be obviously depending on the speed of the connection. Many times you might find difficulty using such apps, so get connected with the assistance of professional iPhone Application Developers.

So, why waiting? Just get started with any of these apps using your smartphone or tablet and make free Wi-Fi calling anytime and anywhere. These apps will give you the cheapest way to get connected with your closed ones. Thus, it can be deemed as the win-win situation.

This blog is listed under Development & Implementations and Digital Media & Games Community
Share this Post:
0
Was the blog helpful?
Related Posts:

How iOS Apps Help In Lifting Firms Into Next ...

How to Transfer Data from Android to iPhone