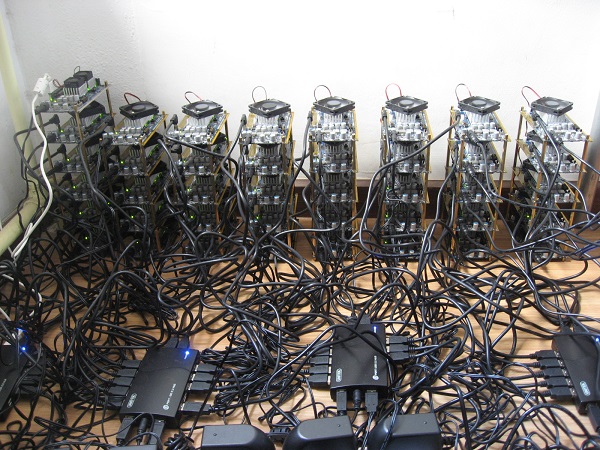 50 years ago, a man saved by simply not spending - a less arduous task then as opposed to now. Today's potential retirees must literally plan for a Social Security-less future by saving feverishly throughout their work lives - expected to start spanning 60 years sooner than later.

Today's technologically 'forward thinking' software advances allow digital financiers to sprout up from Anchorage to Amman - many who've never seen the inside of a Merrill-Lynch.

Currently, three methods of bitcoin mining exist: mining (which simply entails verification of bitcoin transactions), purchasing them on one of many exchanges (like NASDAQ or NYSE, except digitally conceived) or bartering for them (sell your iPhone for 'x' bitcoins'). Anyone can mine or trade bitcoins without a formal degree - it's merely obtaining the proper software to verify others' transactions. According to a recent CNBC release, one issue with bitcoins is the fact everyone needs a bitcoin wallet to store these digital currencies - subject to both scrutiny and unscrupulous thefts.

So how in the dickens can one get filthy rich and retire off mining?

The process is somewhat comparable to playing an intriguing role playing game online like Runescape (mining flax, gold or copper) or World of Warcraft. 'Miners' are simply running algorithm-based software applications that try and find keys to open the warehouse of all transactions - called 'block chains'. You'll find millions of 'keys' that open the padlocks to these transaction boxes, yet only one will fit any one given block chain.

Unlock the block chain, verify the transactions, and get yourself 25 shiny bitcoins, take them to your favorite bitcoin mining calculator, and figure out the current net value. Sure, it takes an average of 1.8 million attempts to open a block chain, yet current rate of opening is roughly once every 10 minutes. Therefore, it's vital to maintain composure and never give up - although 25 bitcoins may seem like coffee money to a potential retiree.

Currently, the authority for bitcoin block chain software is Bitcoin Qt; if you can handle up near 13GB of memory usage to fit an entire block chain onto your hard drive, give it a whirl. The mere size of these chains is why an all-out balderdash hasn't occurred to date. For the expert torrent download pro, using the bootstrap.dat file can increase the download and file unpacking time.

Other software packages allow Mac users to mine, although Bitcoin Qt supports many different platforms thanks to its Open Source licensing.

Investing your money is really important, a credit to our unusually frugal decade where every penny counts. It is an essential part of making the most out of your money, coupled with your personal savings. There are plenty of different ways to get into investing and many different investment opportunities to choose from.

Bitcoin mining isn't something every Baby Boomer, or even Generation X retiree, is going to comprehend. However, investing your time to learn, or money into those who've mastered bitcoin mining, could be an easy ticket to huge riches - provided you maintain secure bitcoin wallets and sell any mined coins quickly.

This blog is listed under Open Source , Development & Implementations and Data & Information Management Community
Share this Post:
0
Was the blog helpful?
Related Posts: