Take me to MyPage
I'm not curious
SKIP>>
We built MyTechLogy for you
Help us to help you.
Share your expectations and experience to improve it.
Please enter your feedback.
Thank you for your feedback!
Click here to continue..
Thank you for your Feedback
Your feedback would help us in sending you the most relevant job opportunities
You are here: Home / IT Blogs / IT Blog View
Xiaomi, like any other big-ticket hardware manufacturer has got into the processes of launching a flagship device each year. The Apple iPhone 6 and Samsung Galaxy Note 4 were launched in September last, we expect the Mi5 to launch later this week. Although there is nothing official from Xiaomi yet, there's a lot to say about the release date of the Mi5. For beginners it's likely to see the Mi5 on Thursday (January 15).
Many of you would like to buy the sequel to Mi4. Even though the Chinese tech giant still needs to announce the retail availability of the Mi4, we (along with our tech fraternity) expect the Mi5 to launch in India by July or August 2015. It's said that Xiaomi is preparing to launch two of its variants - Mi5 on Jan 15. We roundup everything we possibly know about the Mi5, including its specs, features and design.
Xiaomi Mi5: Specs Some media reports suggests that the Mi5 will flaunt a 5.7-inch QHD display (2560 x 1440) pixel resolution., while the inside processor could be a Snapdragon 805 or Snapdragon 810, with at least 3GB of RAM. In the meanwhile, according to the report published in a local newspaper, the Mi5 will also feature a 20.7-megapixel camera sensor with OIS, and a fingerprint scanner on the rear back.
Xiaomi Mi5: Design and Build If rumours are to be believed, the Mi5 is expected to flaunt a large 5.7-inch bezel-free screen. There are rumours of a flexible or curved display, just like the LG G Flex 2. The original Mi4 got rave reviews for its impeccable design. However, this time around, we're expecting a new design altogether.Rumours suggest the company could be using stainless steel as a material. More likely, however, is that Xiaomi will uses the unibody metal design used by HTC in the One (M8).
Xiaomi Mi5: Software It seems that the Chinese company could unveil a new version of its MIUI, alongside the launch the Mi5. Google has just announced Android 5.0 Lollipop so Xiaomi will try to take a full advantage of the latest Android mobile OS. Xiaomi Mi5: Other Specifications According to the report, the Mi5 will also feature dual-band 802.11a/b/g/n/ac Wi-Fi, 4G LTE (Cat.4) Wi-Fi Direct, Wi-Fi hotspot, NFC, Bluetooth 4.0 and A-GPS.
Xiaomi Arch: Smartphone Tipped To Boast Dual-Edge Display If the rumours have anything to go by, Xiaomi Arch will become the world's first dual-edge display smartphone to hit the market. It is said that with the coming of dual-curved display on the sides, users will be able to place easy-to-access shortcuts of favourite apps in the extra-space. Currently, Samsung Galaxy Note Edge comes with an edge screen. Stay tuned to GizBot for more updates! 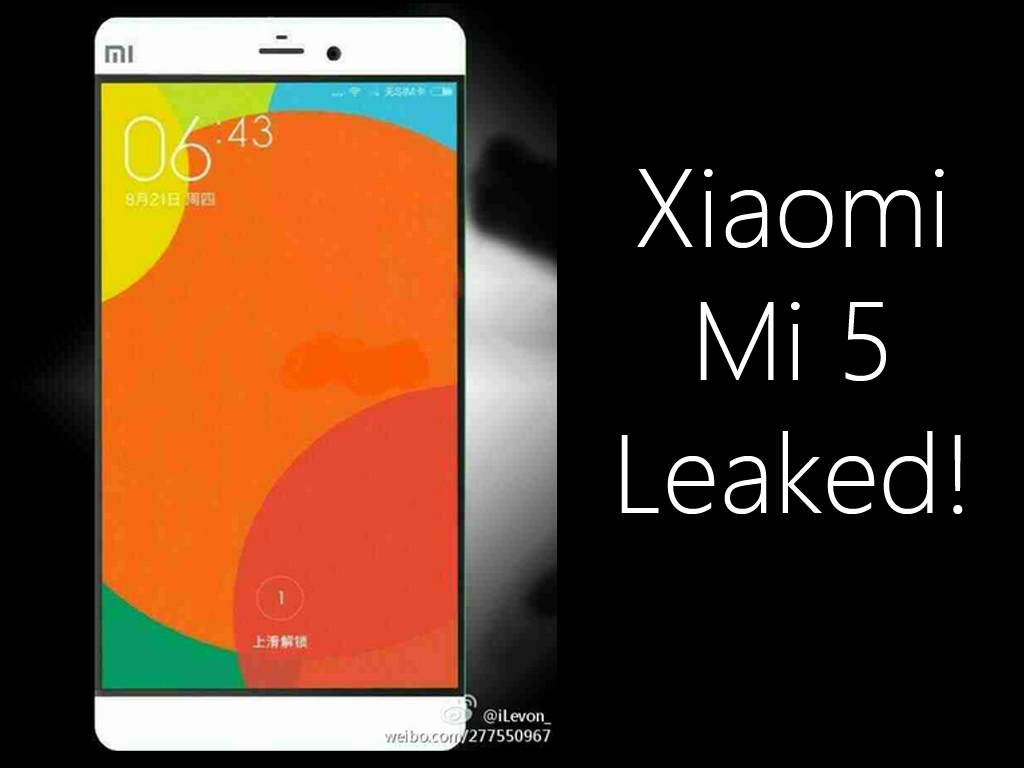 This blog is listed under Gadgets and Mobility Community
Share this Post:
0
Was the blog helpful?
Related Posts: