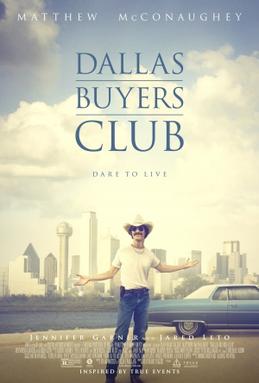 The Dallas Buyers Club LLC, the makers of the movie Dallas Buyers Club has approached the courts in Australia and Singapore to take action on the illegal down-loaders of the movie Dallas Buyers Club.
The law firm working on behalf of the studio sent notices to offenders and have requested them to respond within 3 days of receiving the letter with a "written offer of damages and costs" and delete all copies of the films stored in their personal computers or external hard-drives.
Though the compensation amount cannot be confirmed, as per some on-line forums, it could be to the tune of S$10,000 for first time offenders and $50,000 or 3 years jail for serial offenders.
But what's more interesting is how did the studios traced these offenders and is this the beginning of the end of downloading movies from Torrents.
There are several anti-piracy software's available in the market. They track IP addresses of people sharing movies illegally by monitoring the instances of BitTorrent protocol, which is generally used to download illegal content.
During this process of downloading, the person also seeds the content to other users (leechers). As a result the anti-piracy software tracks the IP address and the time when the download has occurred. The time-stamp is used to track broadband users who are connected from home, as they don't have any fixed IP address.
With the help of IP address and Time-stamp, the copyright owners can get your details from ISPs.
American studio Dallas Buyers Club LLC, had used a Germany-based pirate-hunting firm Maverick Eye UG to identify those who illegally downloaded the film in Australia.
Well, this is not the first time down-loaders here have been targeted.
In 2007, a Singapore based local anime distributor Odex won court orders to get ISP's to disclose the names of subscribers allegedly downloading Japanese animated movies.
Odex used the tracking technology of California-based BayTSP, which was later acquired by Irdeto (An anti-piracy specialist from Netherland).
According to Irdeto, the 10 territories that clocked the highest number of illegal movie downloads in 2014 were Brazil, the United States, France, Australia, Spain, Canada, Britain, Italy, Russia and the Netherlands.
Sources:
This blog is listed under Development & Implementations , Data & Information Management and Networks & IT Infrastructure Community
Share this Post:
3
Was the blog helpful?
Related Posts:

How To Find A Router that Fulfils all your ne...