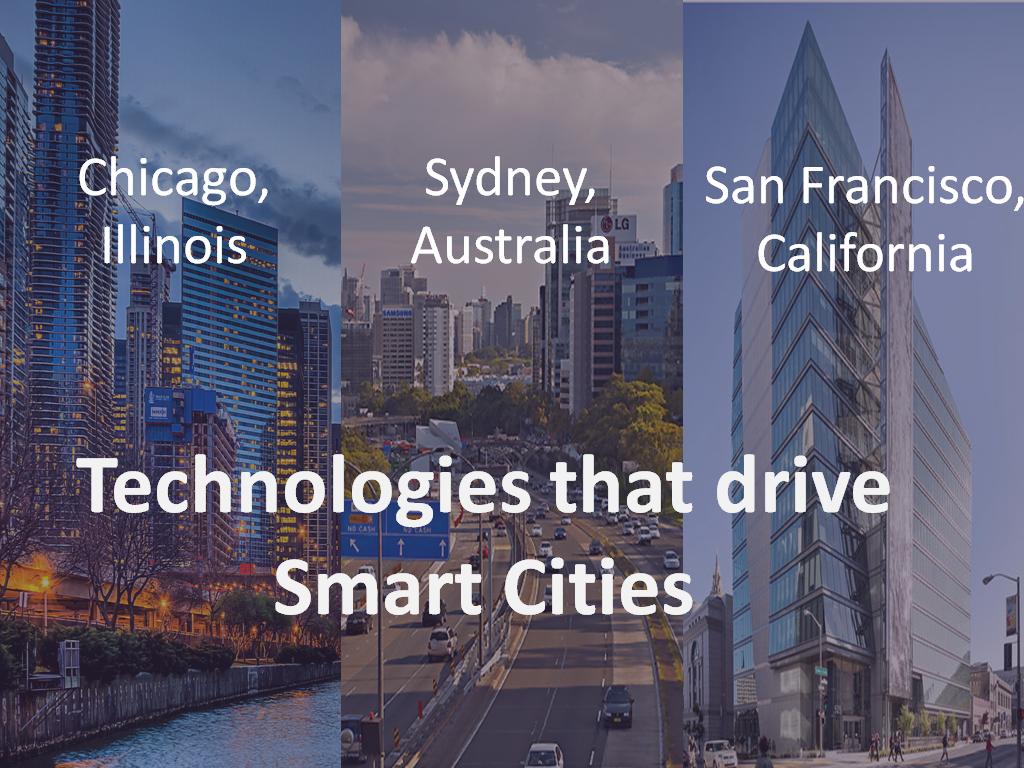 After almost 2 decades in the 21st century, many cities have faced problems which include climate change, depletion of natural resources and growing urbanization issues. Such problems add pressure on existing infrastructure systems worldwide.
However, on a positive note, we can mitigate such global problems in our cities by equipping our infrastructures with intelligent Information Technology (IT) solutions. Furthermore, such solutions not only alleviate pressing problems but also provide avenues to improve citizensâ quality of life.
With the Internet of Things (IOT), countries have been adopting a smart city movement by churning out cutting edge technologies to further develop their own cities.
Examples of smart cities include countries such as Singapore, which is regarded as the Garden City, has installed and develop broadband networks and electronic services islandwide to innovatively sustain the countryâs ecosystems and economic growth. Other cities such as Barcelona, Spain develop IT and management solutions to allow the city to be more urban resilient and sustainable.
In many smart cities, there are many forms of technologies that are highly commendable which include open data technology, smart grid technology, transportation management solutions, intelligent building systems and advanced security management technology.
Open Data
Open data have a role to play in smart cities where based on a process based information platform, citizens can leverage on the platform and select the most suitable information to serve them greater purpose.

Open data is a very useful tool to generate businesses seamlessly in a city. Its list of benefits includes data quality assessment, data homogenization for uniform access, data correlation and semantic adaptation and a secured data access. Citizens who possess an abundance of information can compile and aggregate such information in many new and unique ways. Open data is certainly a key driving factor for smart cities and definitely provides citizens and businesses value-added applications and services.

Examples of open data initiatives would be New York City's BigApps competition, which encourages resource-saving mobile applications to reduce wastage in the city and keep citizens informed. Vital information can be easily accessed by the cityâs citizens such as air quality, restaurant sanitation scores, and political agendas.

Smart grid technologies
With the emphasis of renewable energy sources, quite a handful of major cities are unable to have its power supply effectively support the constantly fluctuating power generated from such alternative energy forms such as wind turbines and geothermal energy. With smart grid technology, such city power grids have become more intelligent systems which can be better controlled than a conventional energy system. Smart grids are self-monitoring, highly automated and are equipped with information and communication technology that provides a more assured quality of power as well as higher grid stability.

An example of a city that uses smart grid technology would be Chicago, United States, which is planning to install 4 million smart meters in the city between 2013 and 2021. Furthermore, another $2.6 billion worth in investment is made to modernize its grid across Northern Illinois.

Smart Buildings
With further emphasis on optimizing energy usage, IT professionals are equipping building infrastructures to be flexible in optimal energy consumption. Through intelligent building automation that monitors the buildingâs energy usage, the buildings will be functioned to use less energy when energyâs in short supply and store energy when it is plentiful. The buildingâs system can also collect meter data and show building occupants energy consumption data to save energy.

Over at San Francisco, California, a prime example of an energy efficient commercial building is the San Francisco Public Utility Commission headquarters that uses 55 percent less electrical energy than the ASHRAE baseline standard.
*ASHRAE is an organization that represents building system design and industrial processes and advices on heating, ventilation, air conditioning and refrigeration in order to achieve a sustainable environment.

Traffic Monitor Technology
Letâs be honest, the major problems for many big cities out there is not climate change or terrorist threats. Itâs the heavy, infuriating traffic problems that plague most bustling cities. As such, many city councils have raise efforts in improving its traffic management though Information Technology.

Using a cross-system intermodal and transportation sensors, city councils can control traffic by cleverly networking numerous streams of traffic in an effective and efficient manner which eases congestion. The cross-system reports to the control centers where it collects, evaluates, and prepares the traffic data from roads and parking as well as public transportation.

In Sydney, Australia the city used the Sydney Coordinated Adaptive Traffic System (SCATS) for its roads. The SCATS make use of cameras or induction loops on the roads to assess the number of vehicles at the road junctions so as to forecast the timing of traffic lights through a central data center. Furthermore, the system has traffic control algorithms to boost efficiency and reduce delays. SCATS prompts in-car GPS so as to redirect cars in an event of heavy traffic or road closures. The traffic system has proven to be so successful that it is used in other cities including Hong Kong, Shanghai and Mexico.

Conclusion
As we progress steadily through the 21st century, technological innovations rapidly expand to better serve us. Our cities are becoming more tech savvy and are better equipped to face common problems.
If you have been to such smart cities before or have been impressed by various ingenious technologies, feel free to share your experiences by leaving a comment below! :)
This blog is listed under Development & Implementations , Data & Information Management , Networks & IT Infrastructure and IT Security & Architecture Community
Share this Post:
3
Was the blog helpful?
Related Posts:

Must to Know Data Management Hacks to Derive ...