Take me to MyPage
I'm not curious
SKIP>>
We built MyTechLogy for you
Help us to help you.
Share your expectations and experience to improve it.
Please enter your feedback.
Thank you for your feedback!
Click here to continue..
Thank you for your Feedback
Your feedback would help us in sending you the most relevant job opportunities
You are here: Home / IT Blogs / IT Blog View
Why so much fuss about child phone tracker in the first place? Yes, these days an array of mobile monitoring apps is trying to grasp your attention. Even though you observe no visible disturbances or behavioral changes in your cell phone using little school going kid, there maybe things concerning his mobile use that you should keep tap on. Most parents do not want to go deeper than so called visible aspects while real damage often goes unnoticed for a long time until it is unveiled for a bigger loss. 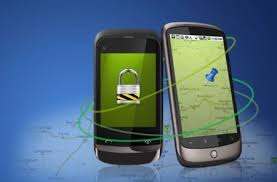 Understanding the motivation behind providing mobile devices to children

Let us begin with the motivations behind providing mobile phone to children. For a number of reasons you have considered it right when providing your little girl or boy a smart handheld device. It is understandable that you had too many good things in mind.

First of all, you can always be in touch with your loved little one while he goes out of your sight. Secondly, just to save him from distractions like handling parentâs devices you wanted to give him some fun ways to pass his leisure time. Obviously, in this case you had his terrible gaming interest in mind.

Thirdly, you considered it rather smart to let your child have an exposure to digital world early in his or her teens. But even after admitting positively to your well meant considerations we must say that providing cell phone device to children will obviously give you more responsibility and a few daunting concerns.

Understanding the risks of children through mobile exposure

As social being we agree on a few things concerning good or bad influences on young minds. The cultural and so called social economic differences apart, most of us agree on some basic aspects that are going to be good or bad for the proper upbringing of children. Any type of luring communication from unknown sources can be threatening to your child as we all know the rising level of crimes against children.

Exposure to sexually explicit web content and device media is another serious risk zone for the young children. And then, there is cyber bullying and sex chat that can easily spoil them. The little ones who have an uncanny knack to macho killers in video games can suddenly find cyber violence as more interesting.

An email can lure them to make quick money by some stealthy measures or can brainwash the little minds with a secret terrorist agenda of vengeance. If any of these threats still could not creep inside the world of your child, the fun of gaming and browsing can have a huge distracting effect on the childâs study.

Use versus control and monitoring - the path to choose

So to put it straight, as soon as you provide a mobile device to your child you have to be ready with a useful monitoring mechanism to prevent cyber threats and derogatory influences. A child cell phone tracker app just does this in a smart way.

Remember, you cannot go at the opposite direction by considering the mobile phone as culprit and taking it away from your child. That is obviously not the way you can control him from taking an interest in mobile devices and web. Mobile devices and web in unison represent the general face of digital reality and every child is quite used to it. So, it is more important to control the use rather than banning the access altogether.

Statistics related to cell phone use of children

Cell phone use among children is still limited to the urban population, especially in developed and a handful of developing countries. Though, the trend is fast picking up across villages and in remote areas. As far as the digital exposure of urban children is concerned the web based activities in volume, engagement and time is now competing with so called time spent in study by children.

Almost 8 out of 10 children in developed countries now are exposed to firsthand experience of mobile device. With the increasing scope of mobile learning in place of so called elearning mobile engagement among children will continue to thrive in every possible way. But, in conformity with this engagement children are also becoming more vulnerable to an array of threats and derogatory influences. Let us offer below some statistics that illustrate this threatening condition.

Understanding how the children use their mobile phones will be important to take the correct control maneuvers including a child phone tracker app. According to various surveys mobile text messaging is the most popular communication among cell phone using teens.

More than 60% of teens are engaged in texting messages on a regular basis. Cell phone calls and social messaging are the next two mobile communication types most used by teens. Around 10 text messages o an average are sent in an hour by mobile using teens.

A considerable portion of teens owning a smartphone prefer to share their GPS location while engaging in text chat or other mobile communication.

From the above mentioned explanations and statistics it is clear why parental control through child phone tracker is important for assuring proper grooming of your child. Children are most sensitive and their enthusiasm for new things often invites danger for them. As a guardian, except a great child phone tracker app you cannot find a better solution to address this.

This blog is listed under IT Security & Architecture Community
Share this Post:
2
Was the blog helpful?
Related Posts:

How to Evaluate Mobile Apps Tracking