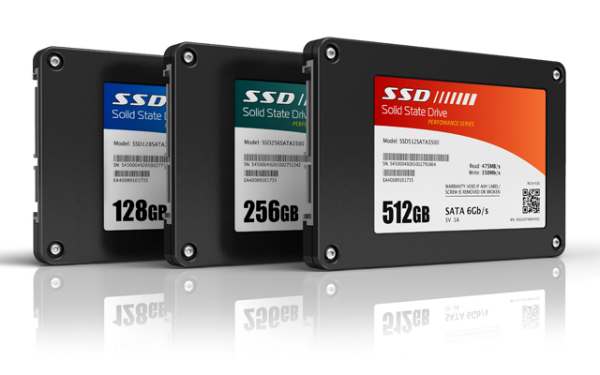 HDD is a spinning disk and its mechanical action can create a delay in retrieving data. SSD which is built out of silicon memory chip has no rotational display; no moving parts and Zero seek time. So, it can significantly reduce the response time. If you want to determine the best drives between HDDs and SDDs, you should analyze the performance, fragmentation, durability, price, storage capacity trade off to come up with the cost effective drive for every workload type.

When it comes to storage technology, the traditional mainstay has been Hard Disk Drive. While the capacity of hard disk drive has increased 40 percent annually, its random input/output performance has improved just 2 percent annually. So, for todayâs enterprises, cloud, web and virtual application which require high performance and capacity, HDD cannot deliver the affordable storage solution despite their drop in cost/GB. This is also one of the reasons why web hosting with SSD drives is preferred for powering the websites. The recently emerged alternative option, Solid State Drive started to gain ultimate prominence for its storage technology. So, it is very clear that SSDs offer higher performance when compared to HDDs including SAS and SATA. However, SSD is relatively expensive and have endurance limit.

A PC or laptop equipped with SSD will boot in seconds whereas a device with HDD may require time to boot up and will be slower than SSDs. The PC equipped with SSD can boot faster, launch apps faster and ensure faster performance. Without doubt SSDs are extremely valuable for applications which require higher performance as evaluated by access latency and IOPS or input/output operations per second from restricted capacity. Solid State Drives or SSDs provide unmatchable performance when compared to hard disk drives like SATA and SAS which have less capacity and are more expensive.

Because of the rotator recording surface, HDDs work much better with larger files which are laid down in the contiguous blocks. When HDD starts to fill up, the large files with be scattered on the disk platter, which is called fragmentation. When read and write algorithms of HDD improve, its effect will be minimized. But this is not the case with SDD and so, they are inherently faster.

As Solid State Drive does not have any moving parts, it can keep all your important data in the safest manner even if you drop the laptop bag. The hard drives park their write/ read heads only if the system is off but they fly over at 100 miles an hour when the system is operated. If you handle your equipment roughly, then SSD is highly recommended. Though it is true that SSD wears out over time, the TRIM command technology which is built into SSD can dramatically optimize these read/write cycle. So, you can discard the system for obsolescence in prior to start running into read or write errors.

Even though SSD drives are little bit expensive when compared to Hard Disk Drives, Solid State Drive can offer cost savings in the long run. So, it is an optimal choice for those businesses with greater productivity, higher IOPS and lower energy usage.
This blog is listed under Operating Systems , Peripherals , Hardware and Server & Storage Management Community
Share this Post:
2
Was the blog helpful?
Related Posts:

Improve Your Website’s Uptime With Free...

How is flash storage transforming business?