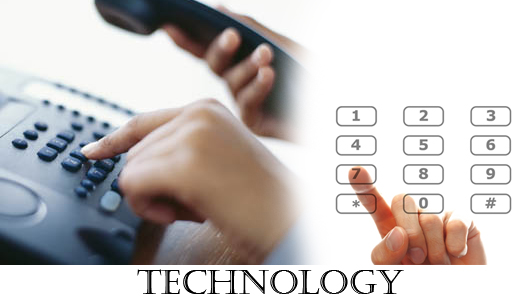 As per the IT company Gartner, by 2020 around 85 percent of the consumers will be satisfied with the non-human customer support. This throws a light on growing importance of IVR technology across the globe.

Various companies offering IVR development services are now providing its services in various other sectors also that were not using IVR conventionally. Some of these sectors include restaurants, offline retail sector and healthcare sector to name a few.

IVR is a result of computer working in combination with telephone, a technology known as computer-telephone integration (CTI). This CTI technology is now part of majority of operational call centers in the world.

How telephone communicates with computer?

The most basic way through which telephone interacts with computer in IVR system is via tones of telephone keypad. This is referred as dual tone multi frequency (DTMF) signal method.

Each key on a traditional phone release two tones when being pressed. These tones are of two different frequencies.

There is also software installed in the computer which contains pre-recorded messages or options for the customers.

Well, this is a simple technology related to IVR. Letâs go through the advanced one.

The advanced version of IVR has the ability to respond to the voice commands of the caller.

Now, the question is how this technology works?

The voice command generated by the caller is broken into multiple bits.

These bits are then matched with the commands which are present in the database of the computer. After a successful match, the output comes out of the system which is aimed to satisfy the query of the customer.

This is highly beneficial as compared to the traditional DTMF method.

Some major perks include:

-· Callers do not have to remember all the options and their respective number keys.

-· Also, the number of options can be high unlike DMTF method.

-· Number of agents required for query handling will be reduced.

We have discussed two methods of inputs by the caller.

Now, letâs see how response comes from the companyâs end.

The basic method is to respond by pre-recorded messages which are stored in the computerâs database.

But what about the information which is variable like credit card information, mobile phone balance or flight time?

This is where text to speech technology comes into practice.

There is also an acoustic database present in the system which contains all the possible sounds. Now, it is the combination of these sounds which helps in creating the output.

This voice response is then heard by the caller in the form of query response.

VXML - The language of IVR

Voice Extensible Markup Language (VXML) is the special programming language which is used for functioning of the IVR.

The language has multiple tags which are responsible for instructing the voice browser for multiple functions which include:

An IVR system with VXML technology requires various components which include:

So, now we have basic knowledge related to functioning of the IVR.

Let us now focus on the domains where IVR is successfully applied.

One of the most practical uses of IVR is within the organization to route the calls. This way, the company does not require operator or receptionist for doing this job. Almost every small and medium organization has implemented this system where an extension is used to reach a specific department or person on phone.

Using IVR technology, banks can automate various processes which are satisfactory for the customers. Some of the major bank related operations where IVR is applied include account details enquiry, loan status, product / service information and general banking queries.

Various hospitals are also realizing the importance of IVR and using it for multiple procedures. Most of the applications based on outbound calls some of which include:

Online retail sector (or popularly e-commerce) has already seen a tremendous growth in the usage of IVR for multiple purposes like order status, complaint registration and customer surveys etc.

Use of IVR in retail sector is also gaining popularity as it plays important role in customer retention. It can also be used to help the customers in locating the stores near to their current location.

Rise in the popularity of mobile device apps for searching restaurants and booking a table has also paved the way for IVR in restaurants. Booking of table, customer feedback and ordering food are some of the functions in which IVR is used by the restaurants.

Various companies providing IVR development services are incorporating multiple technologies to enhance the quality of IVR. Visual IVR is one such latest technology which is gaining momentum in customer service realm.

The IVR technology is thus expected to rule the customer service department by giving happy customers to the companies from every realm.
This blog is listed under Development & Implementations and Telecommunications Community
Share this Post:
0
Was the blog helpful?
Related Posts:

5 IMPORTANT FEATURES TO CONSIDER BEFORE CHOOS...