Take me to MyPage
I'm not curious
SKIP>>
We built MyTechLogy for you
Help us to help you.
Share your expectations and experience to improve it.
Please enter your feedback.
Thank you for your feedback!
Click here to continue..
Thank you for your Feedback
Your feedback would help us in sending you the most relevant job opportunities
You are here: Home / IT Blogs / IT Blog View
Telematics is the application of a combination of technologies to gather data from automobiles and transmit it to a receiving organization for various purposes. It could also be two-way communication, and this again depends on the purpose. The use of telematics is an example of an end point technology that forms one part of the larger world of IoT (Internet of Things), but the concept of transmitting data to and from a vehicle actually came into existence many decades ago. It was first pioneered by General Motors in the 60s, when they tried to send useful route information to car drivers, but it never translated into mass reality because the availability of complementary and supporting technologies in the infrastructure outside the car were not there yet. 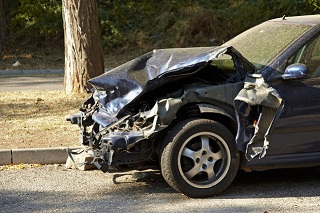 Today, however, information technology of various types has become the enabling glue that has made telematics a very real practicality that is in use in different ways. The most widespread is possibly the use of GPS for navigation, but apart from that there are many more applications. Of particular interest to the insurance industry are the possibilities that emerge around auto insurance.

The auto insurance industry continues to face new challenges in the years ahead, and it has been looking to information technology for solutions that can help them assess risk better, and verify claims more easily so that they can serve customers better, while also better managing the quantum and timing of funds that they need to set aside towards claim pay outs.

Auto insurance customers look for lower premiums and better service. A common problem that a careful driver perceives is that they are being penalised by high policy prices that are the result of other drivers being reckless or careless. One solution that insurance companies have come up with to overcome this is to set personalized prices that are tailored to actual driver behaviour, rather than have a common price based on average driver behaviour.

To enable this there are two types of solutions involving telematics. One is to tap a live feed of events relating to the car from itâs onboard diagnostic systems which record information about the car as it runs, for example, speed or security events relating to door locking, seat belts, etc. This is in addition to navigation data from an onboard GPS system, which not only pinpoints location, but can also be used to determine if the car is frequently driven through accident prone areas. Data can also be captured from other onboard devices (such as a clock) and even the driverâs mobile to get triangulated data to show whether the car was used during rush hour, whether it was on a highway or a dirt road, and so on. If the data patterns show that the car is habitually driven safely, the owner could qualify for a lower premium offer.

In addition, there could be data captured to recognize the event of a collision, safety bag deployment, braking action, and so on, and then transmitted to the insurance company to enable them to firstly proactively get in touch with the driver or to arrange prompt assistance, and secondly, to aid a later investigation into how the accident occurred. Data transmission could rely either on the driverâs mobile or through radio signals sent over short distances to receivers placed in the environment.

While the way these solution work is certainly practical, there are concerns to be addressed in terms of security, regulation and personal privacy. There is no regulation enforcing the use of telematics or qualifying its use, but perhaps these things will evolve. When such technologies were initially made possible by car manufacturers they made inclusion a default. Later on, they came to the realisation that exclusion would be the more preferable default, and that drivers could opt in if they wanted. Not every driver may want to continuously be monitored for location, driving habits and so on. They may also be legitimately concerned about the security of such systems. I have even heard one driver from the US complain that he constantly drives much further below the legal speed limit than heâd like to because thatâs what his insurance company prefers! He does enjoy a lower premium than many others, however.

In general, studies done have shown that drivers that opt into insurance telematics programmes have lower accident rates than others, so it is likely that the increasingly connected car in the IoT is the direction in which the industry will go. In fact Gartner has predicted that by 2020 more than a quarter of a billion cars will be connected around the world.
This blog is listed under Industry Specific Applications , Networks & IT Infrastructure , Gadgets , Telecommunications , Peripherals and Mobility Community
Share this Post:
1
Was the blog helpful?
Related Posts:

How Businesses can take the advantage of IoT?

How Blockchain can be a game changer for IoT?

An Introduction to Connected Cars and the Int...