Take me to MyPage
I'm not curious
SKIP>>
We built MyTechLogy for you
Help us to help you.
Share your expectations and experience to improve it.
Please enter your feedback.
Thank you for your feedback!
Click here to continue..
Thank you for your Feedback
Your feedback would help us in sending you the most relevant job opportunities
You are here: Home / IT Blogs / IT Blog View
Hardly there would be anyone with IT exposure who is unaware of Apple’s recent experimental approach resulting into midas-touch magic. Do you know Facebook has opened its Parse SDK framework for building native applications for Apple tvOS and WatchOS 2? It is great news for mobile application developers as Parse SDK framework enables developers to build native application for Apple tvOS and WatchOS 2. 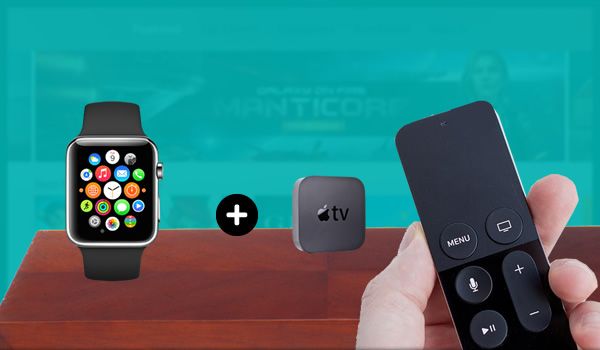 As a service-oriented solutions provider, we believe that touching business with precise solution is all about integrating modern innovations into the process. iOS developers are now going to be among the happiest people upon having the opportunity to explore the unrestrained power provided by Facebook’s Parse SDK for app development. Here is why and how:

Parse is a big relief and a problem solver
In one blog, Nikita Lutsenko, Parse mobile engineer stated that it has not been easy to come up with solutions for app development for Apple watch and TV. She admitted that the team did confront certain problems regarding local data storage situation on Apple TV and detaching from Smartphone on Apple watch.

When it comes to tvOS, she said the user input experience has been unpleasant especially when there is no physical keyboard or large touchscreen. It was a big painful challenge to enter text. To combat this problem, she said they had updated Facebook integration library so that developers can log in to tvOS apps using Facebook tvOS SDK, and that too with a few lines of code.

Parse’s promising new announcements
So if you want to build apps for Android, iOS, Javascript and OS X, Parse offers the most efficient and user-friendly cloud app platform.

Unbelievable experience come true
With Native SDK for Apple WatchOS 2 app development, you can get the stunning experience of the Parse SDK. This way, WatchOS developers can build applications meant to run exclusively on iOS Watch.

But this is still to be seen as a first step, an optimistic beginning as Parse development team is showing all the promises to introduce more SDK to various platforms. Software development experts can count this as a serious opportunity to extract the best from Parse SDK to create innovative application.

Introduction of SDK must have surpassed the expectations of mobile application development specialists. It has become easier to develop application for Apple WatchOS 2 and tvOS. Find out more details at our website http://www.heliossolutions.in/ to know what we are doing in the domain of creating custom applications for various industries.
This blog is listed under Development & Implementations , Gadgets and Hardware Community
Share this Post:
0
Was the blog helpful?
Related Posts: