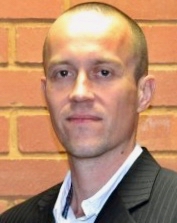 The next BriefingsDirect developer productivity insights interview explores how a South African insurance innovator has built a modern hyperconverged infrastructure (HCI) IT environment that replicates databases so fast that developers can test and re-test to their hearts’ content.

Listen to the podcast. Find it on iTunes. Get the mobile app. Read a full transcript or download a copy.

Here to help us explore the myriad benefits of a data transfer intensive environment is Jacobus Steyn, Operations Manager at King Price in Pretoria, South Africa. The discussion is moderated by Dana Gardner, principal analyst at Interarbor Solutions.

Here are some excerpts:

Gardner: What have been the top trends driving your interest in modernizing your data replication capabilities?

Steyn: One of the challenges we had was the business was really flying blind. We had to create a platform and the ability to get data out of the production environment as quickly as possible to allow the business to make informed decisions -- literally in almost real-time.

Gardner: What were some of the impediments to moving data and creating these new environments for your developers and your operators?

Steyn: We literally had to copy databases across the network and onto new environments, and that was very time consuming. It literally took us two to three days to get a new environment up and running for the developers. You would think that this would be easy -- like replication. It proved to be quite a challenge for us because there are vast amounts of data. But the whole HCI approach just eliminated all of those challenges.

Gardner: One of the benefits of going at the infrastructure level for such a solution is not only do you solve one problem-- but you probably solve multiple ones; things like replication and deduplication become integrated into the environment. What were some of the extended benefits you got when you went to a hyperconverged environment?

Steyn: Deduplication was definitely one of our bigger gains. We have had six to eight development teams, and I literally had an identical copy of our production environment for each of them that they used for testing, user acceptance testing (UAT), and things like that.

At any point in time, we had at least 10 copies of our production environment all over the place. And if you don’t dedupe at that level, you need vast amounts of storage. So that really was a concern for us in terms of storage.

Steyn: We literally had daily fights between the IT operations and infrastructure guys and the developers because they were needed resources and we just couldn’t provide them with those resources. And it was not because we didn’t have resources at hand, but it was just the time to spin it up, to get to the guys to configure their environments, and things like that.

It was literally a three- to four-day exercise to get an environment up and running. For those guys who are trying to push the agile development methodology, in a two-week sprint, you can’t afford to lose two or three days.

Gardner: You don’t want to be in a scrum where they are saying, You have to wait three or four days. It doesn’t work.

Steyn: No, it doesn’t, definitely not.

Gardner: Tell us about King Price. What is your organization like for those who are not familiar with it?

As your vehicle depreciates, so does your monthly insurance premium. That has been our biggest selling point.

Steyn: King Price initially started off as a short-term insurance company about five years ago in Pretoria. We have a unique, one-of-a-kind business model. The short of it is that as your vehicle’s value depreciates, so does your monthly insurance premium. That has been our biggest selling point.

We see ourselves as disruptive. But there are also a lot of other things disrupting the short-term insurance industry in South Africa -- things like Uber and self-driving cars. These are definitely a threat in the long term for us.

Gardner: And, of course, in any competitive business environment, your margins are thin; you have to do things efficiently. Were there any other economic benefits to adopting a hyperconverged environment, other than developer productivity?

Steyn: On the data center itself, the amount of floor space that you need, the footprint, is much less with hyperconverged. It eliminates a lot of requirements in terms of networking, switching, and storage. The ease of deployment in and of itself makes it a lot simpler.

On the business side, we gained the ability to have more data at-hand for the guys in the analytics environment and the ratings environment. They can make much more informed decisions, literally on the fly, if they need to gear-up for a call center, or to take on a new marketing strategy, or something like that.

Gardner: It’s not difficult to rationalize the investment to go to hyperconverged.

Worth the HCI Investment

Steyn: No, it was actually quite easy. I can’t imagine life or IT without the investment that we’ve made. I can’t see how we could have moved forward without it.

Gardner: Give our audience a sense of the scale of your development organization. How many developers do you have? How many teams? What numbers of builds do you have going on at any given time?

Steyn: It’s about 50 developers, or six to eight teams, depending on the scale of the projects they are working on. Each development team is focused on a specific unit within the business. They do two-week sprints, and some of the releases are quite big.

It means getting the product out to the market as quickly as possible, to bring new functionality to the business. We can’t afford to have a piece of product stuck in a development hold for six to eight weeks because, by that time, you are too late.

Gardner: Let’s drill down into the actual hyperconverged infrastructure you have in place. What did you look at? How did you make a decision? What did you end up doing?

Steyn: We had initially invested in Hewlett Packard Enterprise (HPE) SimpliVity 3400 cubes for our development space, and we thought that would pretty much meet our needs. Prior to that, we had invested in traditional blades and storage infrastructure. We were thinking that we would stay with that for the production environment, and the SimpliVity systems would be used for just the development environments.

The gains we saw were just so big ... Now we have the entire environment running on SimpliVity cubes.

But the gains we saw in the development environment were just so big that we very quickly made a decision to get additional cubes and deploy them as the production environment, too. And it just grew from there. Sowe now have the entire environment running on SimpliVity cubes.

We still have some traditional storage that we use for archiving purposes, but other than that, it’s 100 percent HPE SimpliVity.

Gardner: What storage environment do you associate with that to get the best benefits?

Steyn: We are currently using the HPE 3PAR storage, and it’s working quite well. We have some production environments running there; a lot of archiving uses for that. It’s still very complementary to our environment.

Gardner: A lot of organizations will start with HCI in something like development, move it toward production, but then they also extend it into things like data warehouses, supporting their data infrastructure and analytics infrastructure. Has that been the case at King Price?

Steyn: Yes, definitely. We initially began with the development environment, and we thought that’s going to be it. We very soon adopted HCI into the production environments. And it was at that point where we literally had an entire cube dedicated to the enterprise data warehouse guys. Those are the teams running all of the modeling, pricing structures, and things like that. HCI is proving to be very helpful for them as well, because those guys, they demand extreme data performance, it’s scary.

Gardner: I have also seen organizations on a slippery slope, that once they have a certain critical mass of HCI, they begin thinking about an entire software-defined data center (SDDC). They gain the opportunity to entirely mirror data centers for disaster recovery, and for fast backup and recovery security and risk avoidance benefits. Are you moving along that path as well?

Steyn: That’s a project that we launched just a few months ago. We are redesigning our entire infrastructure. We are going to build in the ease of failover, the WAN optimization, and the compression. It just makes a lot more sense to just build a second active data center. So that’s what we are busy doing now, and we are going to deploy the next-generation technology in that data center.

Gardner: Is there any point in time where you are going to be experimenting more with cloud, multi-cloud, and then dealing with a hybrid IT environment where you are going to want to manage all of that? We’ve recently heard news from HPE about OneSphere. Any thoughts about how that might relate to your organization?

Steyn: Yes, in our engagement with Microsoft, for example, in terms of licensing of products, this is definitely something we have been talking about. Solutions like HPE OneSphere are definitely going to make a lot of sense in our environment.

Listen to the podcast. Find it on iTunes. Get the mobile app. Read a full transcript or download a copy. Sponsor: Hewlett Packard Enterprise.

8 ways your company can upskill its workforce...

4 Threats To The Cloud & How To Beat Them