Take me to MyPage
I'm not curious
SKIP>>
We built MyTechLogy for you
Help us to help you.
Share your expectations and experience to improve it.
Please enter your feedback.
Thank you for your feedback!
Click here to continue..
Thank you for your Feedback
Your feedback would help us in sending you the most relevant job opportunities
You are here: Home / IT Blogs / IT Blog View
Sencha Touch app development has become popular in the app development industry. The proliferation of smartphonesâs usage (for the accessing the internet) has caused the surge in the necessity of the application that possesses native look and cross-platform compatible feature. Therefore, various platforms have been released, where Sencha Touch has successfully achieved the attention of the developers. This platform is loaded with lots of amazing features that can convince the developers for using it. This blog presents the 5 important aspects of the Sencha Touch that help the developers program the smart applications.

Flexible App Development: Sencha Touch comes with a framework of a robust architecture that provides different rooms for coding different parts of the applications, such as interface elements, data management and logic. It means, the developers and designers can work on the application at the same time. Secondly, the development will be faster.

UI-Oriented Feature: Sencha Touch is a UI-centric framework. This platform comes with the collection of different User-Interface themes. Therefor, here, the developers only need to customize the default theme. There is no requirement for creating the theme from scratch.

Advanced Widget: This framework is packed with the collection 50 advanced widgets, such as containers, forms and other fields that speed up the development process.

Responsive Layout: The Sencha Touch framework comes with the responsive layout that eases the way for the developers to position the widgets without doing hard coding. The another benefit of this features is, it makes the appâs interface dynamic that means it will be adaptable to the smartphoneâs screen size.

Cross-Browser Compatibility: Whether it is Internet Explorer or Google Chrome, this platform enables the programmers to code the app compatible with all the browsers.

Apart from all these aspects, all the components of Sencha Touch platforms, such as Classes, Methods, Widgets, etc can be extended. The architecture of this platform is clean. Hence, it is easier for the coders to organize the application.

Sencha Touch is the robust platform for coding the web application of native look. It comes with lots of APIs, widgets, functions, etc that speeds up the coding process. Now, you are aware of the important features of Sencha Touch. If you find anything missing or have any confusion, then you can share with us by using the comment section given below. 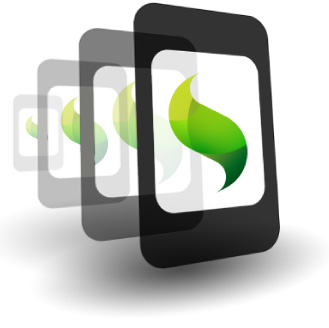 PhoneGap Seeks To Bridge The Gap Between Mobi...