Take me to MyPage
I'm not curious
SKIP>>
We built MyTechLogy for you
Help us to help you.
Share your expectations and experience to improve it.
Please enter your feedback.
Thank you for your feedback!
Click here to continue..
Thank you for your Feedback
Your feedback would help us in sending you the most relevant job opportunities
You are here: Home / IT Blogs / IT Blog View
Apple and Samsung are two of the world's largest mobile phone manufacturer. Undoubtedly, this year's big smartphone war will involve flagships from the two biggest phone makers. Previously, Samsung has released the S8 series with amazing performance and an unmatched, gorgeous design. However, from the current situation, the upcoming iPhone 8 will also be significant changes. Samsung S8 VS iPhone 8, which is better? Next, let's take a brief analysis.
Design
Samsung Galaxy S8 break free from the confines of bezels, offering a smooth, uninterrupted surface that flows seamlessly over the edges, with Infinity Screen and Bixby Interface. It configures 5.8-inch and 6.2-inch QHD resolution display. While Apple’s widely rumored 5.8-inch iPhone 8 will feature curved OLED display and all-glass enclosure. In terms of screen, Apple's iPhone 8 will set a new standard for Apple's mobile design. But the S8 is already stunning in its own right.
Security
Except for conventional way of unlocking, Samsung S8 newly increased three hassle-free ways to unlock phone : Iris Scanner, Face Recognition as well as Fingerprint Scanner. It can be said that Samsung has done very well on this point. Instead, iPhone 8 will retain the original fingerprint reader and develop facial recognition feature. In this regard, Samsung is a stroke above.
Camera
Samsung S8 uses the design of 12 million rear camera along with 8 million front camera. Meanwhile, the front camera also supports AF smart auto focus. While iPhone 8 is expected to be equipped with 3D camera and dual perturbation. If the rumors are true, as far as the camera, the iPhone 8 is likely to be slightly better than the Samsung S8.
Performance
Galaxy S8 has the most advanced 10nm processor, Infinity Display, HQST, Hybrid SIM, LTE and Wi-Fi, Lasting Battery, USB Type-C port. Also, it is provided with Water and Dust Resistance as well as Wireless Charging function. Although there are a lot of rumors about iPhone 8’s performance, such as the performance of iPhone 8 will completely crushes every Android, what surprise it will bring us is unknown.
Price
When it comes to price, it’s a tricky battle. Rumors have it that the iPhone 8 could cost nearly as much as $1,000 as it’s a special edition to commemorate the 10th anniversary of the iPhone. If that doesn’t come to pass, then Apple’s phone will actually be at a very similar price to Samsung’s somewhat overpriced handset.
Summary
Generally, although the information about iPhone 8 is only rely on online broke the news, the real performance of iPhone 8 still remains to be discussed. According to the current information, it will be seen that the two phones are real points against each one has its own merits. 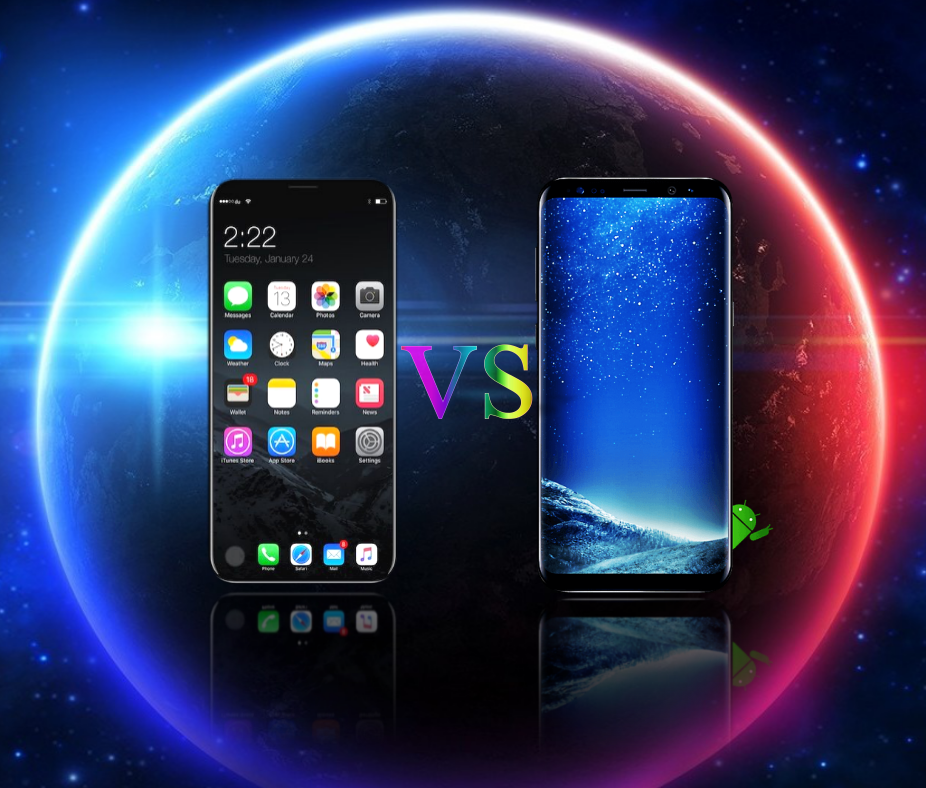