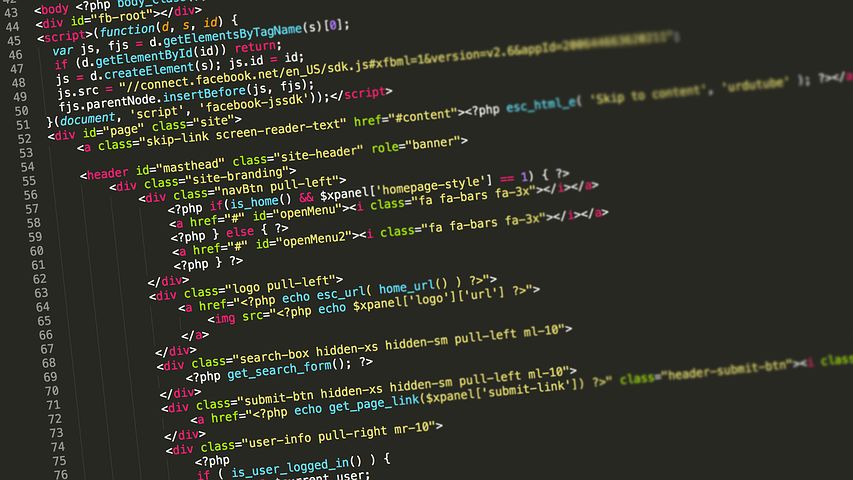 As a programmer, you will usually want to start off by learning and becoming an expert in one or two languages. Nonetheless, there will always come a time when it will benefit you to start expanding your profile and learning new languages. The more programming languages you know, the better your job prospects and earning potential will usually be. Of course, it makes no sense learning a new programming language if there’s not much of a market for it. For this reason, we’ll now present you with six of the most important languages every programmer should consider learning.

If we had to pick only one language that every programmer absolutely has to know, it is definitely C (and C++). Simply put, you can’t really be a true programmer without knowing this essential language. Despite its more than 40 year history, C is still one of the most widely used programming languages. It continues to dominate system programming, and learning C can help to teach you many important programming concepts that will come in handy and make things much easier when you start to learn other languages.

Java is one of the most popular and most essential programming languages of the past 20+ years, and learning Java gives you the ability to create a wide range of scalable server-side applications. In addition, Java programmers are now in even greater demand due to the continued rise of mobile gaming and for their abilities to create Android applications. Most of the world’s biggest organizations continue to rely heavily on Java, and learning the language of Java could potentially open up a huge number of new career opportunities.

Learning a functional programming language like Scala (or Haskell) provides many advantages to a programmer, as it requires you to learn to think and code in a new way compared to using object-oriented programming languages. Although Haskell is definitely a decent language to learn, the fact is that Scala tends to provide many more benefits and should be more intuitive to Java programmers. Essentially, every good programmer really needs to learn at least one functional programming language, and the growing demand for qualified Scala programmers makes this language one of the most beneficial for your future career prospects. This is especially true considering the continued rise of Apache Kafka, which takes advantage of both Scala and Java.

While many programming languages are interchangeable and can be used for the same purposes, there is simply no other language that can replace JavaScript. Although it is primarily a client-side dynamic scripting language, JavaScript has expanded so that it can now be used for a range of server-side applications and even when developing user interfaces. The fact that nearly 95 percent of all websites use JavaScript means that there will always be a huge market for programmers well-versed in this important programming language.

Python has grown by leaps and bounds over the past few years to the point where it is now one of the most in-demand programming languages in the United States and the rest of the world. This popular open-source, general-purpose programming language was designed with the goals of improving developer productivity and ensuring code readability. Many popular websites like Instagram and Reddit are built using a Python framework, and numerous major organizations around the globe are beginning to abandon Java in order to take advantage of the many benefits provided by the Python framework. This helps to explain why many academic courses and experts in the field now recommend that programmers begin learning Python instead of Java.

Although there is a large demand for many different programming languages, the demand for SQL (Structured Query Language) has grown faster than virtually any other language. Used to manipulate and communicate with databases, SQL has seen a huge rise in popularity over the past few years, and many of the recent variations of SQL have contributed by making it more open source than ever before. Even if SWL itself actually only serves a few important purposes, the fact remains that the demand for qualified SQL programmers is outpacing the growth of most other programming languages. For this reason, it is definitely something that every serious programmer should consider learning.

Ultimately, there is almost no end to the number of important programming languages you could learn. Of course, you’re usually better off focusing on becoming an expert in a smaller number of languages instead of trying to learn a bit about everything. That being said, if you’ve been considering learning a new programming language, each of the six languages in this list will definitely help expand your career prospects and ensure you are more appealing to potential employers.

A Brief Guide to Intellectual Property for IT...

Making the Case for a Career in IT