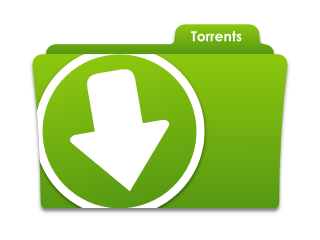 Digital file sharing has come a long way in recent years and the invention of torrents has made it possible to share large files over the internet quickly and easily. But how exactly were torrents invented?

The Story of Torrents

The idea of a torrent was created in 2001 by programmer Bram Cohen, the son of a computer scientist and a teacher from the Upper West Side of Manhattan, New York City. Cohen was always adept at computers, having learnt the BASIC programming language at the age of 5 on his familyâs computer. When he was in college, he dropped out to work for several up and coming dot com companies through the mid to late 1990s.

One of the last projects that he worked on during this time was called MojoNation, a program that allowed people to break up confidential files into small chunks of encrypted data and distribute these chunks on computers that were also running the software. When someone wanted to download a copy of the file, they would have to download it from several computers at once.

With this idea in mind, Cohen designed bittorrent, creating the technology to allow users to download files from several sources at once - which helped to speed up the download time. This meant that the more popular the file was, the faster the user would be able to download it - because more people downloading it also meant more people uploading it as well.

Torrents were quite a genius invention that really changed the way that we share files on the internet. A torrent file is a computer file that contains metadata about large files and folders to be distributed. It also contains a list of the network locations of trackers, which are computers that help the file sharing participants to find each other and form an efficient group of distribution - otherwise known as a swarm.

Users can enjoy the use of many excellent torrent software clients, such as the powerful Vuze bittorrent client. There is an enormous collection of publicly available files available to download, that donât infringe on copyrights, from films to movies to books and much more.

Due to their ability to help users download large files quickly, torrents have been associated with piracy. However, the torrent technology is not illegal in itself. A torrent is simply a way of sharing a large file - it is only when the file being downloaded, uploaded, or shared infringes copyright when the process of using the torrent becomes illegal. There are many people out there who use torrents to download copyrighted films, video games and music without the authorization of the copyright holder - but those people are violating copyright law and run the risk of being fined and even sent to jail. In fact, with advances in technology it is even easier for these downloads to be tracked and these violators to be caught.

The truth is that, while some people use torrents illegally and violate copyright law, there are many other legal uses for torrents. Bram Cohen himself says he has never violated copyright law when using the software he invented.

In fact, torrents can be a great way for up and coming artists and filmmakers to showcase their work for free with many fans, offering fast download speeds without having to pay for a lot of bandwidth. For example, if you made an album, short film or documentary and you want to distribute it freely to as many people as possible to gain notoriety for yourself as a musician, writer, or a director, using torrents would be the best and most efficient way to do this. Also, torrents are often used legally by scientists to make publically available large amounts of research and scientific data. They can also be used to access content that is in the public domain, such as anything published before the year 1923.

When used ethically, file sharing with torrents can be an amazing tool that can be employed in a number of helpful and useful ways. Itâs certainly one of the most important inventions within the internet age.

Robert Key is a self-professed computer geek who loves all things related to technology. He is currently creating a website of software reviews and he lives with his girlfriend and their two cats.
This blog is listed under Data & Information Management Community
Share this Post:
0
Was the blog helpful?
Related Posts:

Cryptocurrency for Dummies: Bitcoin and Beyon...

Is Dallas Buyers Club's move the beginning of...

Difference and Comparisons between iOS and An...