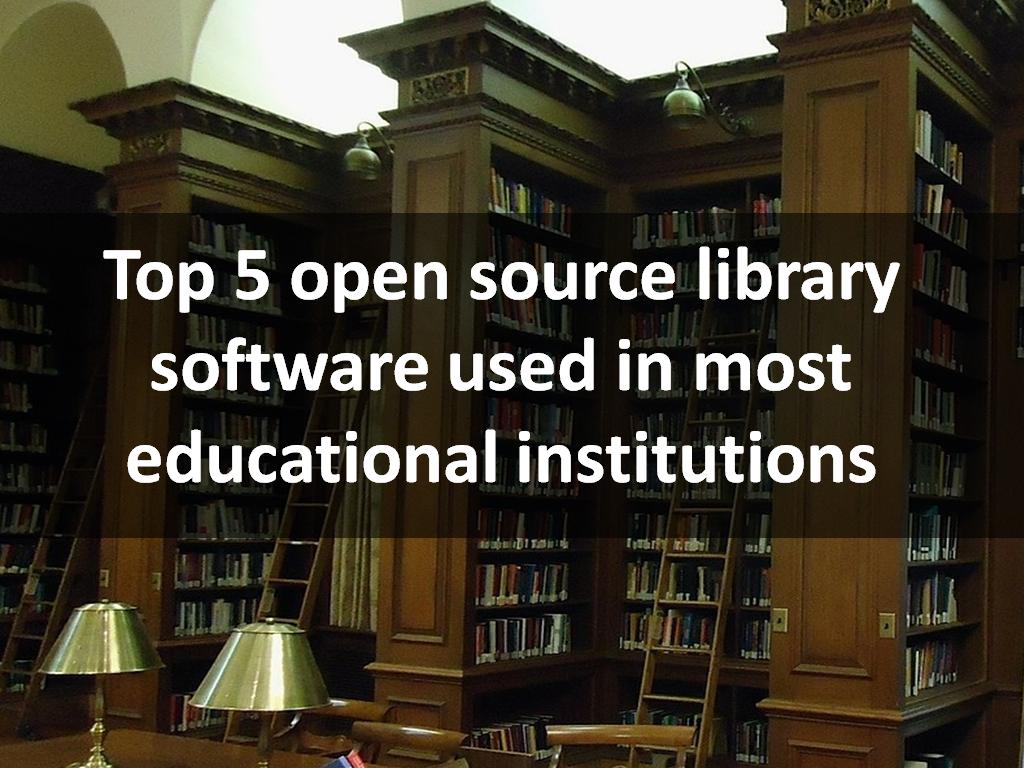 With the adoption of new technologies, libraries have come a long way from manual entry system to using near field communication. In this blog, I would like to share some of the open source library software tool available, using which you can turn traditional libraries into digital libraries with low total cost of ownership and at the same time scale your operations over cloud using some of the tools.
Also, with greater connectivity, Digital library software has greater capacity to innovate with expansive systems. This means your library systems are much more flexible and extensive.
Furthermore, many open source libraries are considered to be rich library ecosystems: This is with regards to high number of library solutions available (a healthier marketplace with both proprietary and open solutions) and in terms of collaboration and engagement between library software itself. Open source libraries are able to collaborate and share code on the functionality and fixes they require.
Here are some open source digital library software to choose based on the programming languages you are suited for.
1) Evergreen
âUsed by more than 275 public libraries in the State of Georgiaâ
Programming languages:, Perl, XUL, JavaScript
Highly-scalable software for libraries that helps library patrons find library materials, and helps libraries manage, catalog, and circulate those materials, no matter how large or complex the libraries.
This is Evergreen.
Evergreen has notable circulation features such as a rich and highly flexible policy control and a digital library with defined statistical categories that would allow you to define arbitrary fields and field entries to record patron information at any level of the organization hierarchy. Also, its at-a-glance patron summary prevents needless switching between multiple windows.
Apart from its circulation, Evergreen has significant cataloging features where you can define arbitrary fields and field entries to record item information at any level of the organization hierarchy. Also, its statistical reporting features include a report builder program which enables point-and-click access to all fields in the database for constructing reports.
2) LibLime Koha
âMost advanced open-source Integrated Library System in use today by hundreds of libraries worldwideâ
Programming Language: Perl
Koha functionality has been adopted by thousands of libraries worldwide, each adding features and functions, deepening the capability of the system. With its advanced feature set and its viable and scalable solutions for libraries of all kinds, LibLime Koha is the most functionally advanced digital library software on the market today.
LibLime Koha is web based and has its own hosting service which means no software required to install on desktop computers and no servers required in the libraries.
LibLime is also compliant with World Wide Web technologies such as XHTML, CSS and Javascript making LibLime Koha, a completely Web-based solution.
Other features of LibLime Koha includes easy-to-use circulation policies, strong patron management and intuitive navigation.
3) VuFind
âVuFind is developed and maintained by Villanova University's Falvey Memorial Library. It is a library resource portal designed and developed for libraries by libraries.â
Programming Languages: PHP and Pear
VuFind is an open source library that runs and programmes libraries. The ambition of VuFind is to enable your users to search and browse through all of your library's resources by replacing the traditional OPAC. VuFindâs search would include catalog records, locally Cached Journals, Digital Library Items, Institutional Repository and other Library Collections.
VuFind is completely modular so you can implement just the basic system, or all of the components. And since its open source, you can modify the modules to best tailor to your needs or you can add new modules to extend your resource offerings. Also, its search results page is able to display the live status of a record through the use of AJAX by querying the catalog at that exact moment. And since it is done through AJAX after the results have loaded, the page will not slow down for any reason.
4) Greenstone
âGreenstone is produced by the New Zealand Digital Library Project at the University of Waikato, and developed and distributed in cooperation with
UNESCO and the Human Info NGO.â
Programming Languages: C++, perl
Greenstone multilingual open source library software possesses a suite of software tools for building and distributing digital library collections on the Internet. Additionally, Greenstone has a command line of tools for digital collection building and a graphical Greenstone Librarians Interface (GLI) used to build collections and assign metadata.
The objective of the Greenstone software is to permit users, especially personnel from universities and libraries to construct their own digital libraries. Greenstone has intends to revolutionize how information is disseminated and acquired in UNESCO's partner communities and institutions in the fields of education, science and culture around the world, and particularly in developing countries.
To be noted, the complete Greenstone interface, and all documentation, is available in English, French, Spanish, Russian and Kazakh.
5) PhpMyBibli
âA fully featured open source integrated library system, the project was initiated by FranÃ§ois Lemarchand, Director of the Public Library of Agneaux; it is now maintained by PMB Serviceâ
Programming Language: PHP
PMB (PhpMyBibli) is both a fully featured and integrated digital library system that has functional modules which are essential for a library management system. Such modules would include Selective Dissemination of information service (SDI), cataloguing, reports and acquisition.
Other noteworthy features of PMB would be its user friendly web interfaces, barcode Generator, detailed documentation for users and administrators and lastly the ability to Import and export bibliographic records in different formats.
Conclusion
One point to note is that the greatest benefit of adopting open source digital library software is that it mimics the very merits of the library itself. These library search engines posses free available tools that allow users to âplayâ with a massive directory of open-source operations.
This blog is listed under Open Source , Development & Implementations , Data & Information Management and Digital Media & Games Community
Share this Post:
2
Was the blog helpful?
Related Posts: