Take me to MyPage
I'm not curious
SKIP>>
We built MyTechLogy for you
Help us to help you.
Share your expectations and experience to improve it.
Please enter your feedback.
Thank you for your feedback!
Click here to continue..
Thank you for your Feedback
Your feedback would help us in sending you the most relevant job opportunities
You are here: Home / IT Blogs / IT Blog View
SMS ruled the technology for almost a decade and people believed that this rule wonât end soon. But, with the launch of IM applications like Viber, WhatsApp, ChatOn, WeChat and Skype, this SMS technology seems to be going to meet its maker.
However, it never means that we have found kings of chatting but at least we can put it like this: we have found better alternatives to SMS and soon weâll be seeing something that would replace SMS technology properly.
Among all these applications, WhatsApp and Viber are the most popular ones. Right here, let us compare the features of both the apps and then maybe you can find which one is better for you? 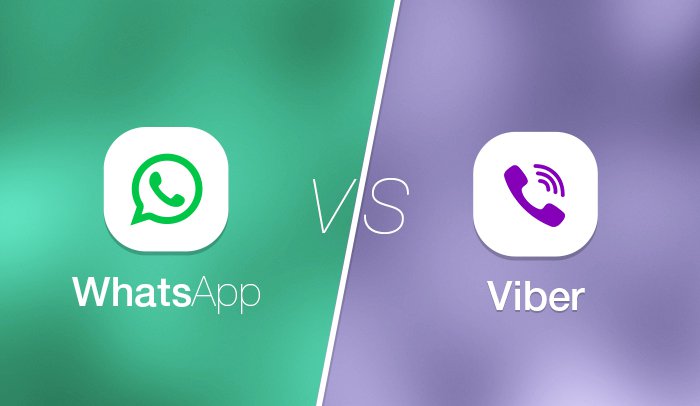 1. Voice Quality
When comparing two voice calling services, the quality of the actual audio is a primary factor. There are studying showing that WhatsApp voice calling on multiple bandwidths is perfectly acceptable. While using the service on a 2G network, it is a bit of lag and drop in quality, but thatâs to be expected on such a low bandwidth network, however, the fact that WhatsApp can make voice calls on such an antiquated network type is a feat in itself.
Viber has offered voice and video calling for a few years now, long before WhatsApp. Also, Viber had ample time to work out all the kinks. Compared to WhatsApp, on all Bandwidths, Viber offers better voice quality, however, the difference isnât as pronounced as youâd expect. In addition to the normal mode, Viber also offers a HD voice quality feature, which enhances the voice quality even further on high-bandwidth networks. In addition to this, Viber offers a Viber Out feature, which allows Viber users to get in touch with people who arenât on the service.
About this point, Viber seems to win over WhatsApp?
2. Usability
In terms of usability, both apps work almost intuitively. WhatsApp has always prided itself for its simplistic, efficient, and fast user interface. Additionally, despite the acquisition by Facebook, WhatsApp doesnât entertain any offers from advertisers and only charges a single dollar annually for continued use of the service. Overall, the WhatsApp interface is extremely clean and minimal, and the same goes for voice calling. The WhatsApp update, which introduced voice calling didnât come with any major UI updates that could potentially alienate long-time users. Instead, the service was incorporated with minimal changes to the UI. The new update introduced two new tabs, calling and contacts, and there was also the addition of a simple call button next to a contact's name and a chat window, which made calling someone as simple as pressing the blue call button.
Well, WhatsApp gets one point here.
3. Backup and Restore chat history
WhatsApp automatically makes backups every day at 3 AM and stores them in the WhatsApp folder of your Android phone. This folder is either located in your device's internal memory or external SD card. Depending on your settings, WhatsApp could also make a backup to Google Drive. To restore the most recent backup, you will need to uninstall and reinstall WhatsApp. Through this way, you can retrieve the deleted chat history within 7 days. For the lost chat history over 7 days, you need Android WhatsApp Recovery Mac to retrieve them.
Instead, you can also backup Viber messages, Open Viber > Select More options > Select Settings > Select Calls and messages >Select Email message history. Once the backup file is created, select the application through which you would like to email it and send it to yourself or any other email. However, the backed up history cannot be restored onto your device. Viber does not store any of your message history and is unable to retrieve lost data. How to Retrieve Deleted Viber Messages on Android Mac? It is really easy via data recovery tool.
4. User Interface
Viber and WhatsApp vary greatly in this area. The former offers a more sophisticated and feature-packed interface while the latter focuses on a straightforward approach and simplicity. Users who own high-end handsets may want to have more options but for those who value a no-frills experience, WhatsApp is the clear winner.
Well, both of apps are fantastic in their own way and each one appeals to a large user base. Which one is better for you? It is all up to you indeed.
This blog is listed under Development & Implementations , Digital Media & Games and Mobility Community
Share this Post:
0
Was the blog helpful?
Related Posts:

Best UI design principles that every Mobile A...

How B2C Service Industry Is Embracing The Ris...